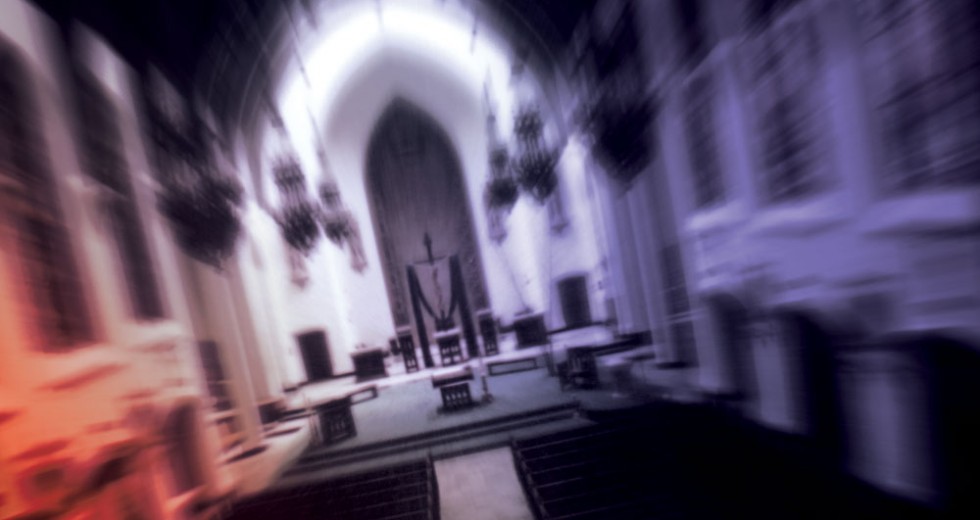 Psychiatry and religion have never been friends. In fact, they haven’t even been mutual neighbors – they are citizens from different planets that don’t really like each other! Each of the streams point fingers at the other for being deceiving, a figment of imagination and an excuse for trying (but failing) to cure mental instabilities.

Since the beginning of time, or at least, since man learnt to communicate and write (since there is evidence of what used to happen in the past), psychological disorders were considered as demonic possessions, the same way natural calamities were considered the wrath of the gods. Those who suffered from what we now know to be mental illnesses such as depression, schizophrenia, epilepsy and the like, were accused of having angered a deity and were separated from regular society, locked up in prisons and sometimes even had to go through unthinkable torture and violence to get the demon out.

We know from history that the Romans and Greeks were never kind to their citizens who were not “normal”. There were practices such as Trappening which took place, tying the individual up, etc. If a person suffered from a mental distortion it meant social stigma throughout his/her life. He/she could not marry, hold a steady job, work with public or participate in local activities. They were treated pretty harshly. Even though humanity got “civilized” in the 19th and 20th centuries, there were still reports of harassment and torture within the walls of mental asylums. Psychiatry as a study was just being developed, so patients were experimented on by being beaten, fettered, starved, confined to padded cells and physically probed and operated on in the cranial region to help eliminate the sickness. The past has been a very disappointing phase in the field of psychiatric sciences.

Religion has been the enemy of psychiatry. As mentioned earlier, since ancient times the god-men and religious folk looked at a mental patient as being the victim of a demon, possessed and hence not in their right mind. They resorted to torture (actually, in those times almost anything resulted in torture!) and chastise the patients as if it was their fault that they were “possessed”. It was the priest or priestess who claimed that the gods had spoken to them and based on the message relayed, the patient could be treated inhumanely. Even today there are many sects and religions that look down upon the mentally ill and shun them from attending religious gatherings and entering holy places. For tribes that are not mainstream, torturous treatments are still carried on to cleanse the “unholy”.

Science has also ridiculed religion. Scientists believe that the existence of god and his/her works on humanity are a mere figment of the imagination and that the problem truly lies with nature and within us. Using analytics, statistics and practicality, psychiatrists dove deeper into the human psyche and determined that mental disorders are due to neurological and chemical imbalances of the brain and mind. They believe that curing a patient from said disorder can happen through slow but sure scientific progress rather than “laying on of the hands”.

See, they both have a point. The good side of religion provides hope, belief and a firm foundation for patients to know they can come out of the murky waters. They can be counseled and hang on to their faith to get them through mood swings, dark thoughts and whatever other scary feelings come along with a mental illness. At the same time, they can look to psychiatry for a definitive path to take down the road of recovery. They have case studies before them, proven methods and medicine that will help cure them of their ailments. The fact is that since both, science and religion are held in high regard, they can go hand in hand in coming up with a solution that will ultimately benefit their target audience – the patients.

Modern psychiatrists like Dr. Brian Weiss are slowly finding the connection between mental disorders (that crop up in one’s life unannounced) and spirituality. They see that there are many ways for people to use both tools for a better, more positive recovery. The best way that we can learn anything is by learning from the past, acknowledging the present and opening our minds to the future. This is the only way that we can move forward and advance in the field of psychiatry.