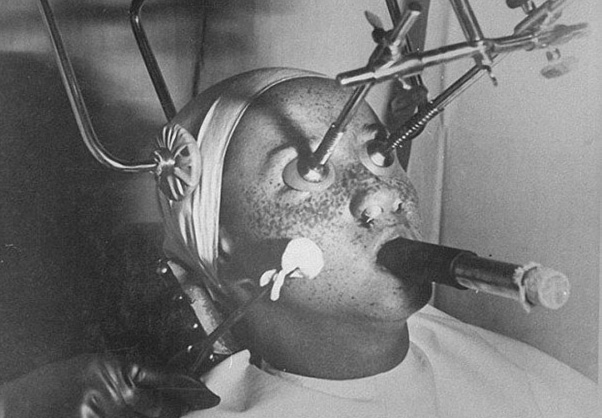 Psychiatry has almost always been a topic of controversy. Humanity likes physical evidence to prove a point, and this particular field is all about mental structure that can only be observed through shady tests. Psychiatrists over the centuries have come up with their own forms of diagnoses and cures; some of them have helped and some of them have just been a scientific way to be inhumane. Let’s take a look first at the most absurd psychiatric treatments ever endorsed and then find out the revolutionary ones that actually helped humanity.

No psychiatric treatment thesis would be complete without mentioned this barbaric procedure that was suggested first by António Egas Moniz, who later was awarded a Nobel Prize for his work. This procedure concentrated on the prefrontal cortex of the brain and surgery of it would be about scraping portions off that were believed to be the cause of mental illness. Post the procedure, patients were observed to be worse-off physically and mentally. True, they didn’t show signs of their original mental disorder, but they were left with other permanent scars – Dr. Walter Freeman described it as “surgically induced childhood”. Thankfully, this procedure of scrapping off parts of the brain was banished from psychiatry altogether.

Now we get to the Psychiatric treatments that actually work and are humane!

Through a series of questionnaires and tests, psychiatrists are able to conclude what mental illness the patient is going through. This is one of the most widely used psychiatric treatments because it involves the patient trying to figure out what his/her problem is. With interviews, one-on-one talks and collective information gathering, there are multiple diagnoses given which can be narrowed down to the real problem. Here is where an actual conversation takes place over a long period of time where the doctor gets to know the patient, which never happened before modern times.

Like Cognitive Behavior Therapy, IPT also involves interviews with the patient by the psychiatrist. However, the difference is that this form of therapy is related to clinical depression. It gives the subject the chance to analyze himself/herself and determine how their behavior with other people also affects their own mood. It teaches the patient how to control inner feelings and keep a track of changes in mental thoughts and emotions. It has proven quite effective in treating those that face “the blues” for a lengthy period at a time.

For loved ones and those who generally care for a mentally unstable individual, this is the best and most sought after first step in curing the patient. Interventions are conducted in calm environments like at the home or in the office of the psychiatrist. Here, the subject is made to face how their actions are affecting those around them and come to terms with the root cause of the problem. Interventions work because it gives the patient a chance to voluntarily ask for help and seek counsel after realizing the negative impact of his/her own actions. It is an open and controlled dialogue that helps to heal everyone present.